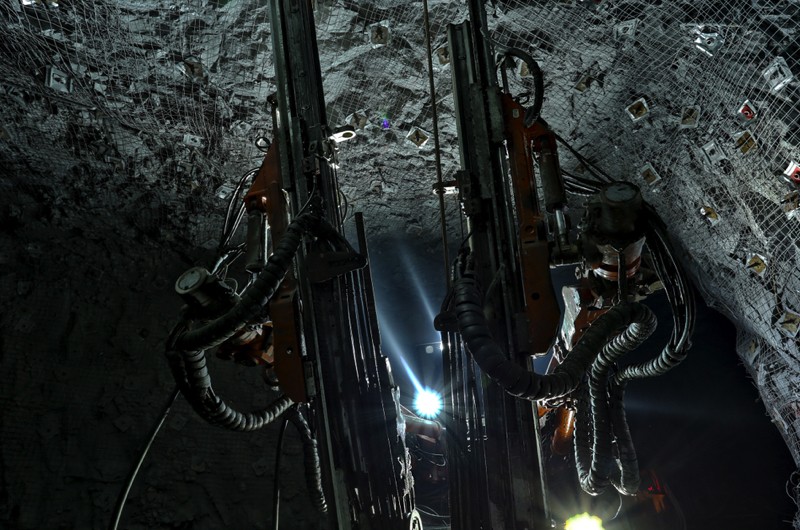 Rock reinforcement was first used in 1890 in a Lead Mine in the USA. The technique was documented in 1920 at the St Joseph Lead Mine. In the 1940s rock, bolts were used in civil engineering tunnelling projects in the USA and Australia.

Rock bolts were used and further developed in 1947 by an Australian engineer who began experimenting with four-meter-long expanding rock bolts.

Rock reinforcement is the process of drilling holes into the rock face and inserting a steel anchor bolt. The bolts hold together blocks of rock that otherwise are fractured. Without the bolt anchor reinforcement, the fractured blocks could fall.

The geology engineer determines the number, length, patterns and types of rock reinforcement for the project. This is an ongoing process in the New Austrian Tunneling Method as the tunnel may pass through many different rock formation types.

The modern plant and machinery used in mines and tunnelling are very effective and fast. The process is relatively is inexpensive.

There are three methods that the rock bolts work:

Mechanical anchors are the most used. Mechanical rock bolts use an expansion shell that expands when a cone is pressed into them from tightening the bolt.

The two mechanisms using to anchor the bolts against the borehole are friction and interlock. The rock bolts have a plate that acts as a washer. The faceplate helps to distribute the load to the surrounding rock. The bolts are tightened up to they are in tension, holding the rock together.

The grouted version of a rock bolt uses a grout and a treaded bar. The grout can be either cement or chemical resin.

Friction anchors are the most recent development. A radial force against the whole borehole wall is generated that gives resistance to sliding.

Rock bolts, in most cases, are installed in patterns. The design of the patterns is determined by the rock quality and the type of excavation. Rock reinforcement is an essential part of the process in the New Austrian Tunneling Method (NATM).

Rock bolts may be used to fix wire mesh to the rock surface. The wire mesh will help catch any small rocks falling, but the rock bolt will help knit the rock mass together and is the primary use.

Fibo Intercon mining products are second to none. When looking for reliability, long life and quality shotcrete and grouting plant, look no further.

Fibo has several tunnel and mining shotcrete mixing layouts to suit different mine and tunnel requirements.

The mixing plant is controlled by a state of the art software that ensures concrete quality and efficiency in delivering outstanding productivity. 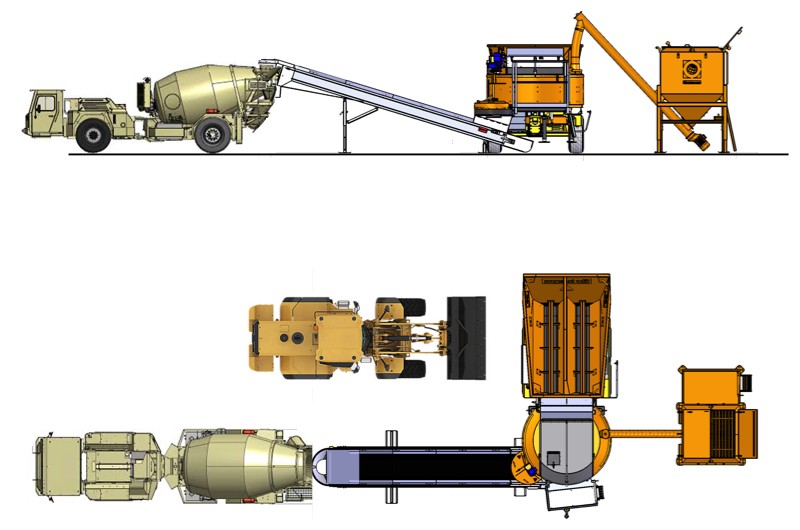 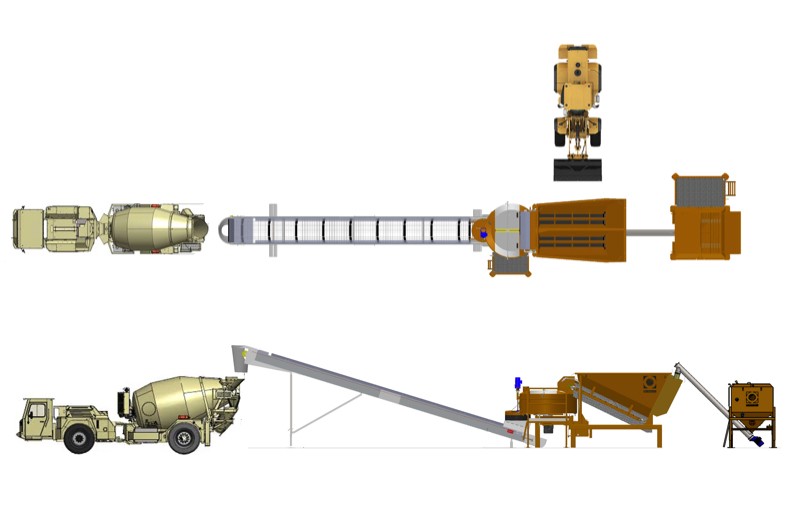 Take a Look at Our Mining and Tunnelling Batching Plant

We have concrete batching plant specifically designed for the mining sector. Our business has over seventy years of experience building batching plants and solving engineering problems. Take a look at the plant and get in touch. Our batching plant is very modular and we can adjust it to solve many engineering challenges.

Fibo is trusted by more than 700 owners of concrete mobile batching plants all over the world because we help our customers to grow their business every day. Watch the video to see Fibo Batching plant that is going to global locations. Jesper gives you a look around the factory production area in a virtual site visit to the factory.

Complete the form and we will make contact with you to discus your requirements or to answer any questions you may have. Alternatively chat to use using the WhatsApp chat on the page.